I first heard the term “missional” back when I was a member of Covenant Presbyterian Church in Austin, TX. Jim Singleton introduced the idea as the term began buzzing around churchy folks in the early 2000’s. I headed off to seminary in 2005 where I spent as much time as I could virtually stalking (not in a creepy kind of way, but in a Jesus-loving, knowledge-seeking kind of way) Dr. Darrel Guder and soaking up all he had to teach about the missional church.

When I graduated in 2008, I was not unlike other graduates, I suppose, and set out to bless the church with my fancy education, a thorough theological knowledge of all things missional and a deep desire to serve the Gospel. And like Lee Corso expresses most fall Saturdays during ESPN’s College Game Day, I soon heard the Holy Spirit say, “Not so fast!” I naively thought that with a little teaching, preaching, and challenging the church would get it. They’d catch the missional passion which the Bible so clearly teaches and I thought I so clearly exuded. I quickly realized that sometimes churches just don’t get it. But, at the same time, sometimes they really do.

Even though I brought up Game Day, I’ll refrain from any more college football references. I will remind you, though, that I hail from the great state of Alabama. So far, we have one ECO church in the Yellowhammer state down south near the Mobile Bay. Overlook Presbyterian Church joined ECO in April of 2013. I got to be a part of the ECO interview with the session and I’ve been invited to join them for worship and I’ve even preached there twice since they joined ECO. It’s been a delight getting to know the covenant partners and leadership of the church. Like many ECO churches, joining ECO has brought great joy to the congregation, but certainly has not solved all of Overlook’s problems or issues. In fact, since becoming an ECO church, a few new challenges have presented themselves to the folks at Overlook. Regardless, when it comes to being missional and understanding what it means to be a missional church, Overlook just gets it.

Over two years ago, a prayer warrior named Daisy noticed a young father coming out of the plasma center located across the street from the church. He had his two young children in tow and Daisy watched as he immediately walked to the nearby gas station and purchased some food for the kids. Daisy realized the father had likely been to the center to sell his own plasma because he needed money to feed his kids. That observation led the women’s prayer group to begin praying and eventually the Lord led the church to start “Lunch on Us.”

On the last Saturday of the month when funds are often running low, the church partners with a nearby food pantry and provides a free lunch and prayer support for anyone who wants it. On May 31st, Overlook celebrated the second anniversary of Lunch on Us and gave out 300 meals that day. Over the course of the ministry, they’ve roughly served over 6,000 lunches to their immediate community since they began. Covenant partners from the church pray for anyone who asks and a list of prayer requests is distributed to the congregation so the entire Overlook family can specifically pray for their neighbors. Stories abound about the sharing of God’s love and prayers that are being answered. One month, a neighbor picking up lunch and asked for prayer for a new job and he returned the following month to share that the prayer had been answered and he was now working!

The term “missional” can be difficult to define, which may be why some churches just don’t get it. I like the simplicity of the definition from Steve Timmis, author of Total Church.

I treasure that in ECO, being missional is a part of our DNA and infuses all of who we are. It’s a joy to see churches like Overlook who just get it!

So, what about you and your church? In what ways are you being missional in your community?

Anna Kent serves as Director of Mission Affinity Groups for ECO and The Fellowship of Presbyterians. She also serves on the ECO Synod Executive Committee. A newlywed living in Huntsville, Alabama, Anna previously served as pastor at Central Presbyterian Church in Waxahachie, Texas. Uncategorized
Choosing To Be Theological Or To Be Missional

To be theological or to be missional I hope that title seems wrong to you. I hop... 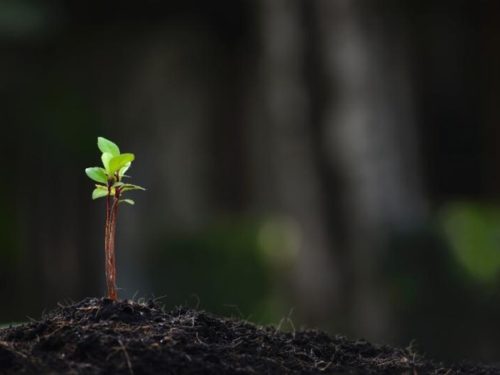 Though it used to be even better when ALL college football games were on TV, New... January marks the two-year anniversary of ECO. We launched in January 2012, acce...